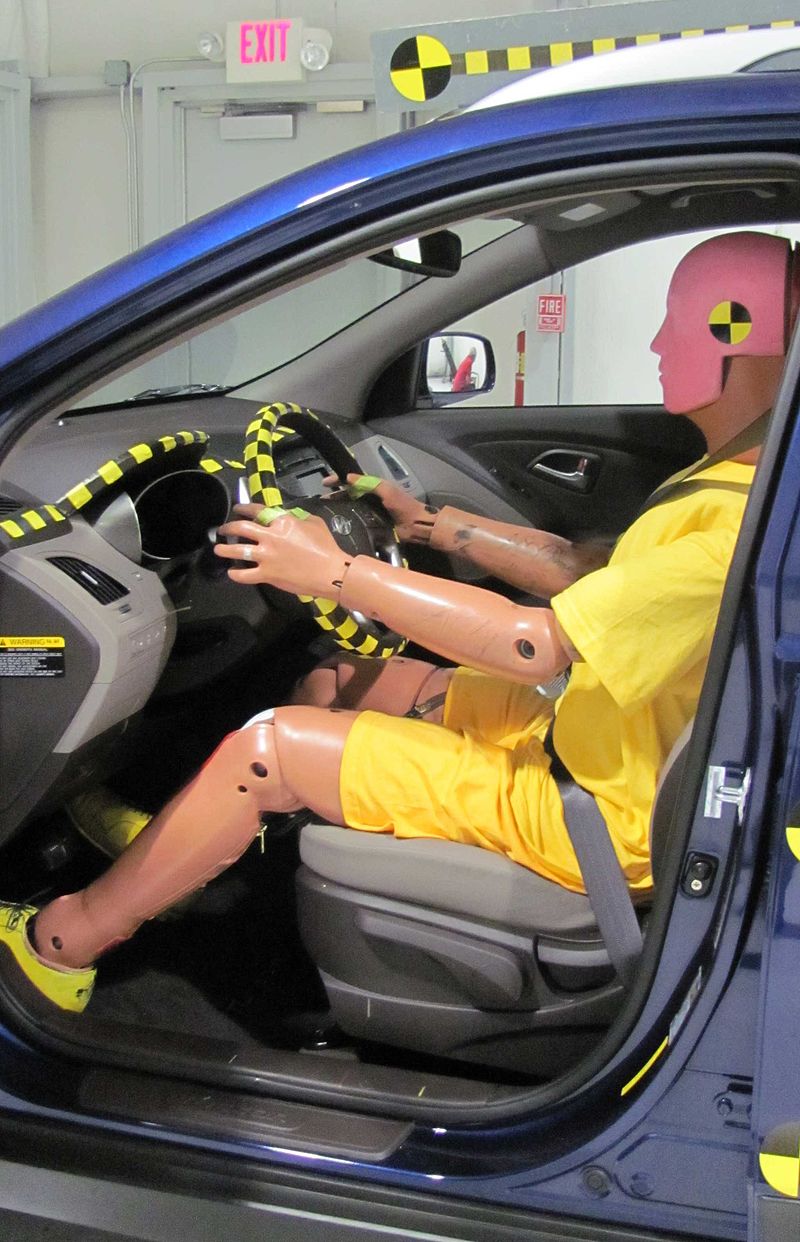 After over 30 years on the road, I blew my clean driving record by running into the back of someone in my car.

I was taking off from red light and looked down to put my hot drink in it’s holder and when I looked up, the traffic had stopped. I slammed on the brakes but knew that it was not enough distance to stop.

Behind me I heard screeching of brakes and I braced for impact. The skidding sound continued and a white car mounted the median and its front appeared right next my door.

I wait a few seconds to make sure nothing else is happening then look all around and with it being silent I get out.

I first walk around to check on the driver in front of me is who was driving an old black Honda. After confirming he is unhurt and like me, pretty shaken up, I apologized and shook his hand. He was a 20 something hipster with two massive ear plug piercings.

I tell him, I’ll get my insurance details. Meanwhile I walk back to my car and see the female driver behind me inspecting it so obviously, she must have hit mine. I’ll come back to her I thought.

I gave the hipster my drivers licence and insurance card. He takes photos on his phone and since it was obviously his first accident, he didn’t know what to do next. He started routing around the car for his insurance details and said something about it being his wife’s car and didn’t know where his documents were. I told him that since I’d run into him under Texas law, there is no need for that as I didn’t need them.

We went out to inspect his car. It was surprisingly undamaged. He pointed out a few things on the back bumper and admitted that they were already there. We looked at mine and it was similarly undamaged.

Meanwhile, I looked at the driver behind me. She’d left the scene.  So much for getting her details then.

The hipster didn’t seem to want to call the cops and since I was at fault, I wasn’t going to suggest it either.

He took one final picture of my number plated for his records and I sent him a text with my phone number on it. I said that if he was to go want to claim for repairs, then contact me before hand as if it was a relatively low dollar amount, I would want to settle with him in cash rather than go through the insurance. He said he’d do that.

It’s been over a week now and I have not heard any more so I presume he isn’t going to take this further.

This bring back a memory where a few years ago, I had a young latina run into the back of me at a road junction in the same car. I suspected she was texting (or was a bit stoned since she was rather not with it). I exchanged details and photo’s of the small amount of damage with her and since I was not hurt, I did not call the PoPo.

Later in the day, her father called me to apologize and asked me if I could get it repaired ‘by knocking the dent out’. He said he would pay for that and since his daughter was new to driving, he didn’t want her driving record to get an insurance hit so early on. I agreed to look at it since it was not much damage.

I took it to some places and it became clear that to get this small amount of damage in-situ repaired was not possible: The only option was a replacement of the plastic housing and quote given was north of $1000 with labor etc. Suspecting a repair rip off, I took it to a different place came in at the same ball park amount.

After thinking about it, I decided to cut the young texter a break. I already had some damage on the front from hitting a deer, then a few days later, a wild pig. So why was I then bothered about a relatively small dent in the back. I had daughters in the same age group so forget it: I was not going to push further on the claim as > $1000 was clearly a ridiculous amount.

So perhaps this is my crash karma and I am benefiting from my no-claim it backward.  Hipster, you are next.