Warning: count(): Parameter must be an array or an object that implements Countable in /home/roads25/public_html/wp-content/themes/focusblog/inc/configs/theme-options.php on line 379
 Your Judge keeps Lyfting me higher : Ruling goes against the Uber and Lyft operating in NYC | Roads-2-Roam.com

Your Judge keeps Lyfting me higher : Ruling goes against the Uber and Lyft operating in NYC 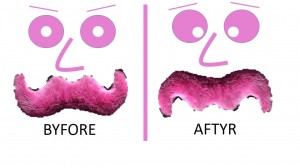 Lyft me up, Lyft me down.

So the legal situation of Lyft, Uber et al, evolves.  The New York Post reports that Lyft has agreed to submit to TLC regulations.

The ride-sharing app Lyft caved to demands by the city to submit to TLC regulations after a Manhattan judge threatened to bar the company from launching in the outer boroughs.

“Lyft agreed they would not launch until they have come into compliance with the law, the TLC requirements,” said Justice Kathryn Freed Friday.

Specifically the start-up, which already operates in 65 other cities including San Francisco and Chicago, has to register with base stations and submit its mobile phone app technology to the TLC for approval.

“If these things aren’t done I’m prepared to issue a temporary restraining order” preventing Lyft vehicles from driving in the city until the conclusion of a lawsuit brought by the attorney general challenging the business model, Freed said.

This is pretty big news in that these start up companies have claimed such regulation don’t apply so this could be setting legal precedence. If they do have to comply with such Taxi regulations as laid down by local authorities, their new internet business model gets broken pretty quick.  Just look at Aereo to see what happens when it goes in front of a judge:Virtual reality meets real reality.

On the opposing side, We wish we had something positive to say about TLC, the New York “Taxi and Limousine Commission”. Unfortunately we don’t.  We came across this article where the TLC come across as an organization that is out of control. The story is about TLC has wrongly accused hundreds of being illegal cabbies in the past year. The accusation alone wouldn’t have been such a bad thing but the problem is that they had authority to confiscate vehicles and they did with vigour so clocking up storage fees even if not guilty. Not so great if you were just dropping off your girlfriend or taking some friends around town which many were clearly doing. TLC have also been accused of lying but no prosecution against them. Sad to see some big city practices are still in existence.

Of interest, the DNAinfo site had another related story of TLC and Uber. Back in April, a Guardian Editor Erin McCann  had hailed a cab but was about to get booted out after the taxi driver decided to take a Uber fare probably at more money.

The kerfuffle started after McCann claims the cab stopped to pick her up at North Sixth Street and Bedford Avenue, drove a half block and then asked her to exit the cab for the Uber fare.

“Just had a medallioned NYC taxi cab kick me out because it was moonlighting as a uber. YOU HAVE A [F***ING] TAXI MEDALLION,” she tweeted at 9:46 p.m.

McCann told the driver she would leave the cab after writing down his medallion number, according to her tweets. He then allegedly tried to bail on his Uber fare and not kick her out of the car.

McCann tweeted that she eventually got out and lodged a complaint with 311 against the driver.

The story kicked up a notch in interest, where an Uber executive, Josh Mohrer, twittered back stating “Well, the driver is likely just trying to feed his family and you threatened to put his livelihood in jeopardy, so…”

@GlennF @mccanner I clearly touched a nerve here and I’m very sorry about that. Glenn is right, no tweets after 10pm!

Oh dear, Seems like there are a plenty of bad apples to go around in the big Apple when it comes to taking a ride. Maybe you should just take the Metro.