Who do you think you are kidding Mr. Hitler? Yorkshire town fights back against modern day Nazis 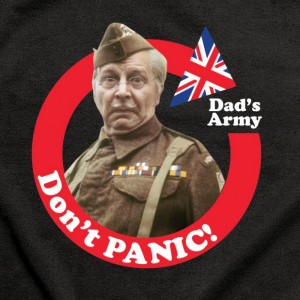 Over my morning coffee, I read an article in Daily Telegraph titled War-themed festival mired in controversy over Nazi costumes

In a nutshell, the town of  Haworth, West Yorkshire runs an annual 1940’s war themed festival. Being Britain, most people dress up as British Tommies or their better dressed GI’s. Afterall, this was the side the fathers or grandfathers fought for.

As usual in any party, there are always some who spoils it for others. In this case, their version of party happen to be the Nazi Party and a subset insist on turning up as SS soldiers.

On paper, UK is a modern democracy, so there is no law that prevents them doing this but this year the town in fighting back. They are refusing to serve those dressed as such by putting up signs that say “No Nazi or SS Uniforms or Insignia allowed on these premises”.

Cafe owner Jill Ross revealed she put up a sign warning people not to enter in Nazi or SS costumes as many visitors were left offended at a previous event.

Good on the fair burghers of Haworth we say. Envoking the fighting spirit of Churchill:

Under related articles on Telegraph site we read “Prince Harry to visit scene of the Battle of Monte Casino on 70th anniversary”.

Hmm. Is that related because Monte Casino was a terrible world war II battle ? Perhaps is it related to the Young Prince’s prior choice of  a certain Halloween outfit. You know that one with the funny symbol on an red armband. Not the red cross armband, the one that caused a bit of Storm (trooper) in a Teacup.