Where the bloody hell are you? Not in the water that’s for sure.. 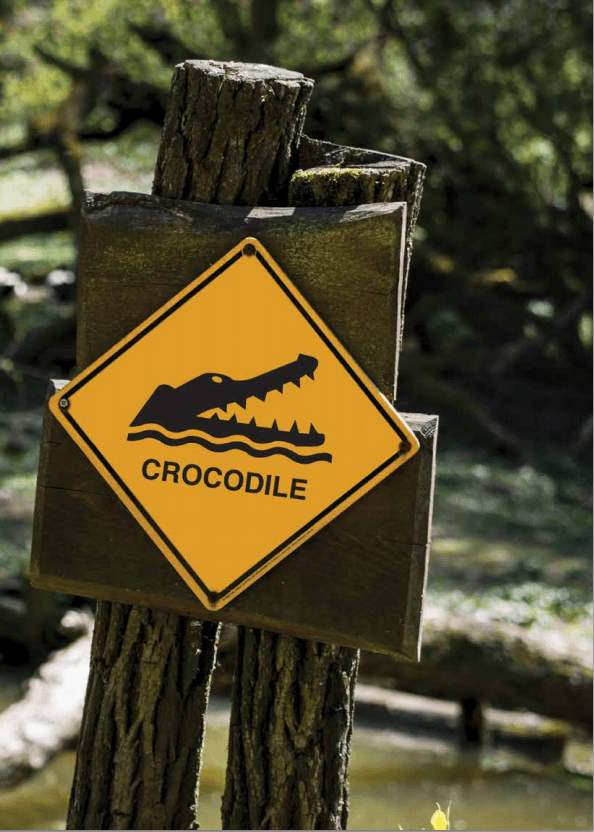 How to rile up a Daily Mail reader

Dahlings, the Daily Mail tells me that in 2015, there were 34 Gold coast drownings and 29 shark attacks throughout Australia. Stinger Season, Ocean Rips and Crocodiles pose risks across the nation.

Oh. My. Gawd. Let’s send a telex or a paprus runner to Dame Edna to cancel our plans to go to Australia.

As if it is going to make the DM sound all broadsheet-y, the piece alludes to some reports and figures. I particularly like this one fictbit:

Nearly half of these drownings occurred at beaches and were largely males – at popular spots like Bondi Beach in eastern Sydney, which saw the death of a father-of-two in July last year.

The beach is known for its uncompromising ocean rips – strong currents of water – which drags unsuspecting tourists past their depth and leaves local lifesavers with the task of saving them.

In February 1938 in Bondi, a day that became known as Black Sunday, huge waves and a sudden rip saw 245 people rescued, 35 left unconscious and 5 swimmers dead by accidental drowning.

1938? How contemporary can you be DM but I am sure many of your readers remember the 1930’s as Lord Rothermere praising the Black shirts rather than mentioning ‘Black Sunday’ in Sydney.

So let’s take a look at the details quoted by ‘Daniel Peters for Daily Mail Australia and Australian Associated Press’.

Contrary to the DM, it says that there were only 10 deaths in 2014-2015 study period with details that none were in the areas between SLSQ’s posted yellow and red flags. Of those drownings, Rip tides accounted for 70% of those.

While not only discussing the negatives, the report explains the good the SLSQ does:

With thanks to vital funding from the Queensland Government, SLSQ’s On The Same Wave program engages directly with Queenslanders and visitors from culturally and linguistically diverse (CALD) backgrounds to provide them with potentially life saving surf safety education in a simple format, in their primary language.

Generally speaking, this high-risk group of migrants and international tourists tend to lack basic English skills and have a limited understanding of local beach conditions. Often coupled with inadequate swimming skills, this can make for a potentially deadly
combination in the surf.

The need for surf awareness is particularly crucial for newly-arrived migrants and refugees. Many of these people come from countries which are land-locked or have very different beach conditions to those experienced in Australia. Consequently, surf awareness programs and education are essential for their ongoing beach safety.

Since we are are talking about Rip tides/ currents, let’s included some education from the report which I don’t think they will mind us taking: 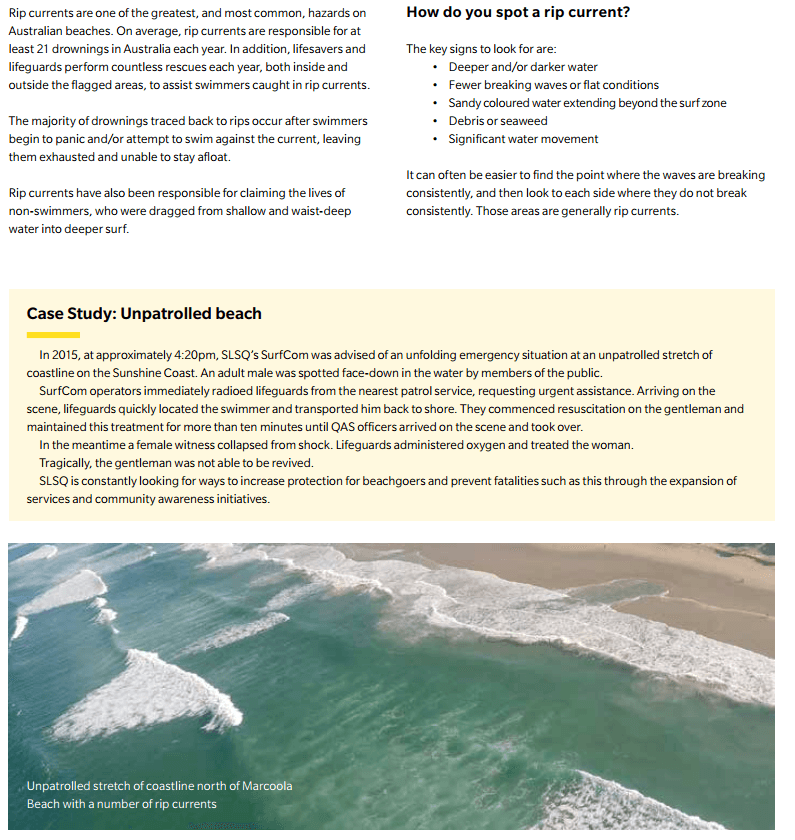 All nice and balanced, reasonable and well thought out until you get to section 3, “other incidents”.

Then you have details about ‘irukandji’ stings and bite fatalities. I guess you are like me, wondering wtf irukandjis are: Box Jellyfish. 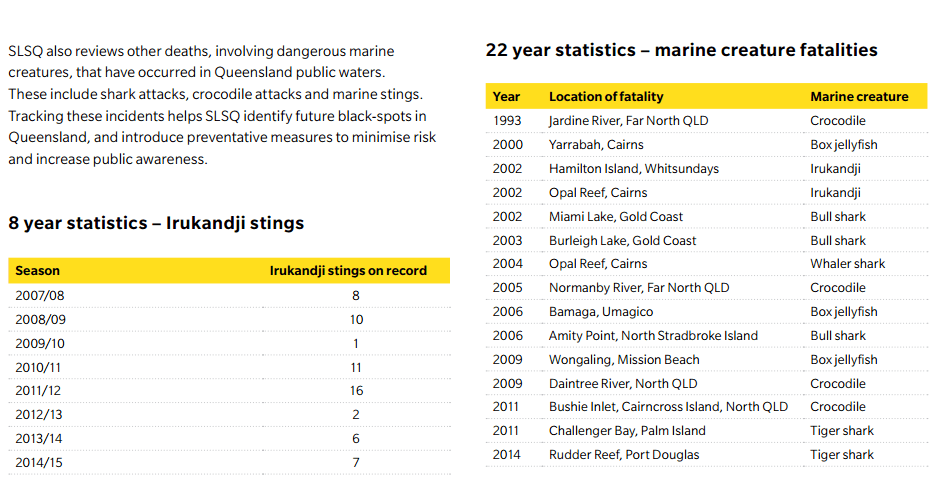 The report then continues to discusses the good programs that SLSQ does such as risk auditing and signage.

Royal life saving Australia 2015 has another report and breakdown about drownings. 271 drowned of which 99 were inland waters, Beaches were 55, ocean/harbour were 36. This however, is total Australia but report says upfront that total deaths are below 10 year average of 288. So while any drowning is still too high, it doesn’t seem to be a biblical plagues that DM is suggesting.

However, since I’ve had to look into it, have you seen a picture of the box jellyfish? They’re massive aren’t the Cleo?

No, the opposite -they are tiny.

Per Wikepedia “Irukandi jellyfish’s stings are so severe they can cause fatal brain haemorrhages and on average send 50-100 people to hospital annually”.

I seem to recall the previous Australian Tourism campaign “Where the Bloody hell are you?”

If something that small can make you crook, I’ll tell you where the bloody hell I am while Irukandi are ey are out: Bloody well staying at home or staying in the bloody swimming pool.