Warning: count(): Parameter must be an array or an object that implements Countable in /home/roads25/public_html/wp-content/themes/focusblog/inc/configs/theme-options.php on line 379
 Water water everywhere | Roads-2-Roam.com 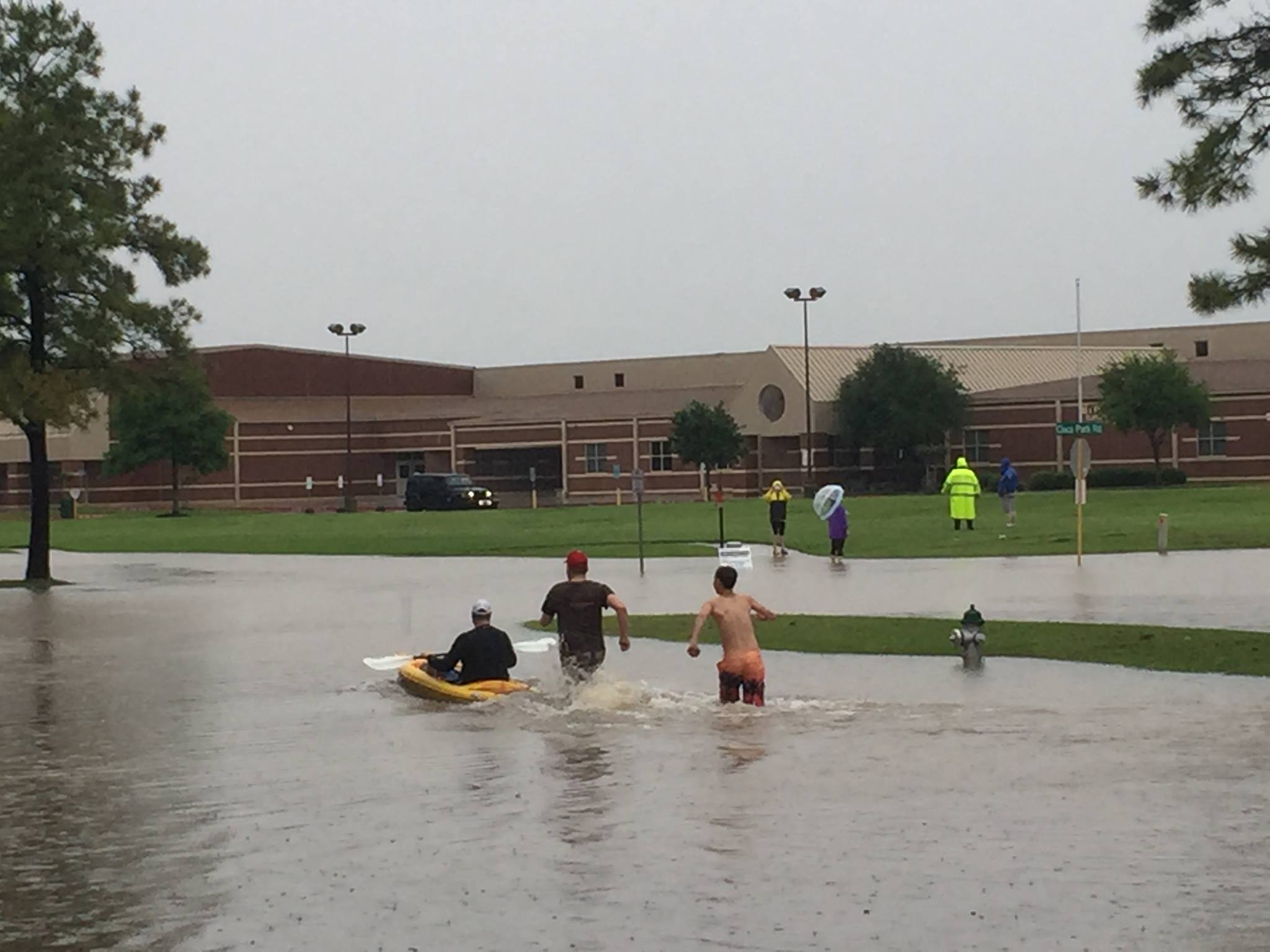 Today greater Houston got drenched with up to 16 inches of rain and we have more to come in the next few days. Roads were submerged causing city wide chaos and many bayous breached their banks.  Many cars were lost in the water and unfortunately some people drowned. Houston Metro shut down – no buses,  no trains.

I was due to fly out to Dallas this morning and since the continuous thunder storms had kept me awake every other hour, I was easily awake before my alarm so I listened to radio to got a feeling of what awaited me: Floods, floods and more floods.

A text from Southwest told me my flight was delayed until 10:55 which may just still get me to my intended afternoon meeting – Dallas Love Field is great for getting in and out of the airport. DFW forget it !

As I listened to more radio news, daylight revealed a cop car with it’s lights on my main road out of my place. Since I noticed no traffic whatsoever on an otherwise busy road, it indicated my road was flooded. Killing two birds, I took the dogs out and verified it. Yep, Flooded with even a few stalled out cars.

I told my boss I couldn’t come and went online to cancel my ticket only to see my flight already cancelled. I requested the refund and made breakfast. Some time later, I get the auto email notifying me that my flight is cancelled. Yeh, thanks for nothing SWA especially as I could have been traveling to the airport.

Around the same time, the radio announced that Houston International had cancelled 300 or so flights (Almost 500 in the end) and roads around both airports were flooded. Thus, even if I had tried to drive to Houston Hobby airport, I would not have not made it. It turned out that SWA had cancelled all their domestic flights from Hobby until 4:00 pm – I’ve lived here 17 years and never seen anything like this before. Normally SWA are super at working with storms !

Patricious’ school ISD had cancelled all classes. This I heard from the radio around 6:30 (and getting myself ready to leave for the airport and about to wake him up) , I told him so he could sleep in. As I walked past his room about 15 minutes later I see a light on in his room. Is he watching TV to find out what is going on? Nope, playing Video games. So much for the sleep in. Didn’t even want breakfast.

Before lunch, I drag Patricious to walk in the rain with me and look at the all flooding around us. He was excited to see such as an adventure. The picture taken is outside Patricious’ school. Not very often do you see kayaks in the streets.