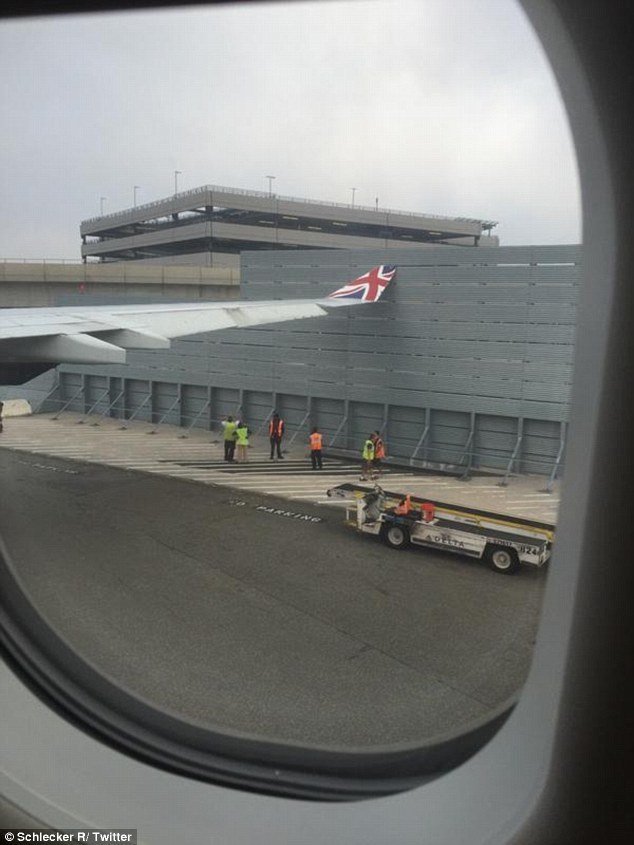 The rub after a tug: Flight 26 hits a wall. Copyright R.Schlecker / Twitter

Dahlings, A Virgin Atlantic plane was getting a push out of it’s gate in JFK, when it’s wing tip hit a wall.

Flight 26, scheduled for departure at 8:30 am, unsurprisingly gets cancelled.

Were any passengers hurt Cleo you may ask?

None but it did however, delay 226 passengers since they are not many transatlantic flights in the morning. Most fly out in the later afternoon or evening, for a morning landing spot in London.

So that would be the end of the story wouldn’t it. People get delayed by plane mishaps, so there’s no story there is there?

No and yes, but there is a story about the reaction of 3 passengers: Bella Hadid, Bella Thorne and her boyfriend, Gregg Sulkin were MOST put out by this delay and took to social Media. Who are these people? Apparently a “super Model”, an actress and part time model, an actor. Never heard of them? neither had I until now.

Bella Hadid, the super model, at least kept it somewhat normal albeit it very boring. “My plane just hit a wall”.

Ms Bella Thorne, age 17 who is the actress and part-time model, on the other hand went off on a complete hissy fit. Let’s look at her tweets .

Virgin are naturally THE worst airline in the history of the world, the Universe and whatever.

Virgin on the ridiculous.

And Virgin are worse than worse but they put everybody’s lives in danger, even if Port Authority employees were the ones driving the tractor tugging your plane.

What – No red carpet?

And Virgin Airlines, you are so stupid, you didn’t even have backup plane just so you could get important people like me, out on time.

Give me my money NOW even it is unlikely I actually paid for it.

Give me my money NOW

Phew that was quite a rant there Bella but what the heck is an “upper class ticket”? Sounds like something Eliza Doolittle would ask for in Pygmalion.

I know that actors and actresses like to play fictional characters into their real life, so I think I have nailed the movie character that must have influenced Ms Thorne. 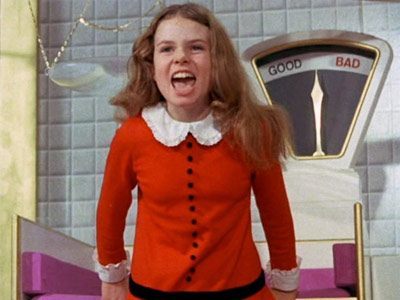 Bella Thorne ? Veruca Salt? We can’t tell the difference either.

Perhaps it is just her age – 17 – so we will somewhat cut her some slack but what is up with teenagers and aircraft. Shesh.

Oh and Bella, if you want to know how true supermodels behave on aircraft, I suggest you read this. It’s basic, bitches.