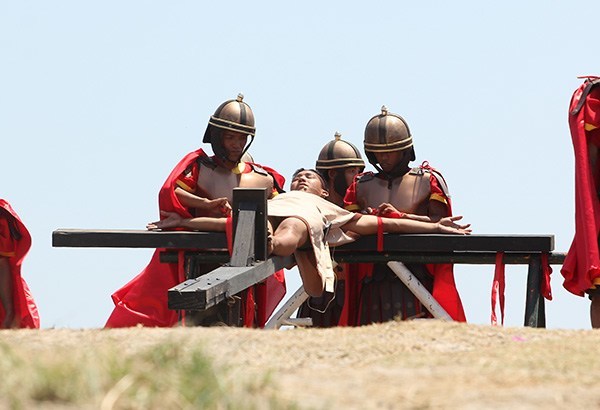 Don’t judge a book by it’s cover : A Crucifixion in San Fernando. Hey, we at Roads-2-Roam ain’t taking the hit for this one.. It wasn’t us.

The Philippines are an ultra-Catholic country. So it goes then that Easter is one of the THE most popular holiday of the year.

So much so, that some of the pious volunteer to be crucified. Yes, you understood correctly : they put themselves forward to be fully nailed up on a cross and not the Crucifixion-lite namby pamby roped up version. 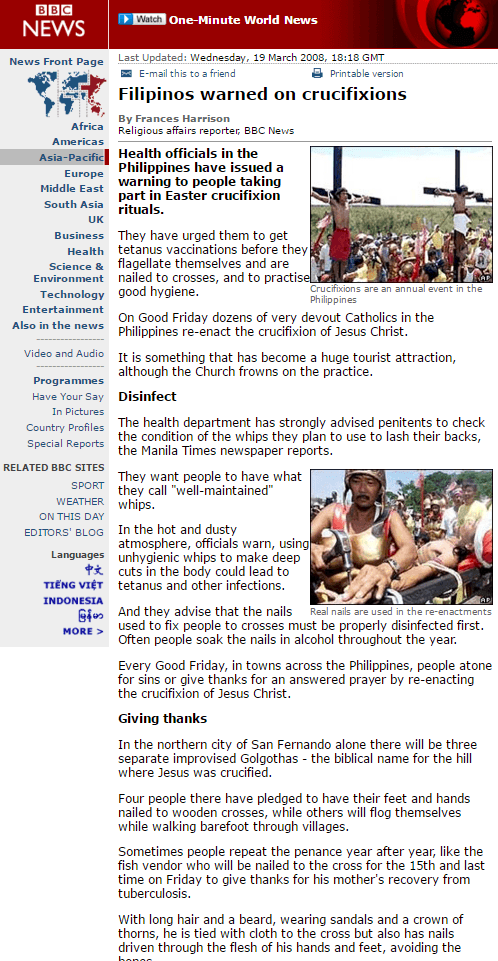 But this is not a small thing done in the local parish. Cities such as San Fernando (NW of Manila), have real life Easter enactments of crucifixions that by themselves are tourist attraction drawing in 10’000’s. From Philstar.com:

The purpose of the CCTV in such a place of holy reverence is to catch pickpockets. I see something wrong amiss there.

Not only that but there will be medical crew there. “The city’s health and disaster management officers would also deploy medical teams in the crucifixion sites.” said the Philippines Star.

Nails. Crucifixion. Health and Safety.  I seem to recall hearing about those together before. Now where was that?

Oh yes, back in 2008 where Health officials in the Philippines issued a warning to people taking part in Easter crucifixion rituals. They urged those about to be Flagellated or Crucified to get tetanus vaccination before hand and if being nailed to a cross, to practice good hygiene. Seriously?

Now to come back to Mr Enaje. He’s a bit of a folk hero where wheresidewalksend has some more details on him. From that page, I just love the picture of the guy self flagellating himself but look at his face mask. Surely it should be Mary Magdalene not Mary Jayne.