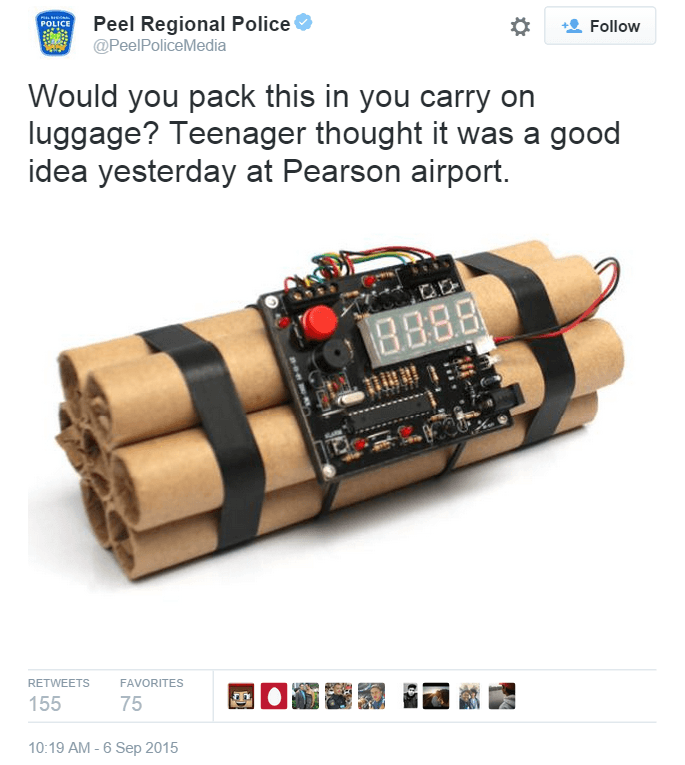 Tweet from Canada’s Peel Police advising not to bring things which look suspicious to the airport.

Dahlings, What is it with some teenagers when it come to air travel?

Back in July, we had 16 year old James McElvar (see my post) who didn’t want to pay for carry on luggage so wore four layers of clothes. He then blacked out on the plane due to heat exhaustion.

Now I hear about a 15 year old teen who took his alarm clock with him in hand luggage in Toronto Pearson airport.

“What’s wrong with that Cleo?” you ask.

Well, the alarm clock was shaped like a bomb and when the security people saw it, understandably freaked. The bomb squad were called and the airport area was evacuated for three hours. From CBCnews:

Tudos said the teen was charged, not for bringing the faux bomb, but for “interfering with the lawful use, enjoyment or operation of property,” which is a mischief offence.

“The moral of the story is make sure the items you pack are allowed on a plane,” Tudos said. “I mean, what did he think was going to happen if he packed something like this?”

The alarm clock looks similar to one that is made by nootropic design LLC, a small technology and design company based in Minneapolis. The company sells its “defusable clock” for $45.95 US.

This is what Nootropicdesign.com says on it’s “Defusable clock” design which you build yourself. You just need to own soldering iron. 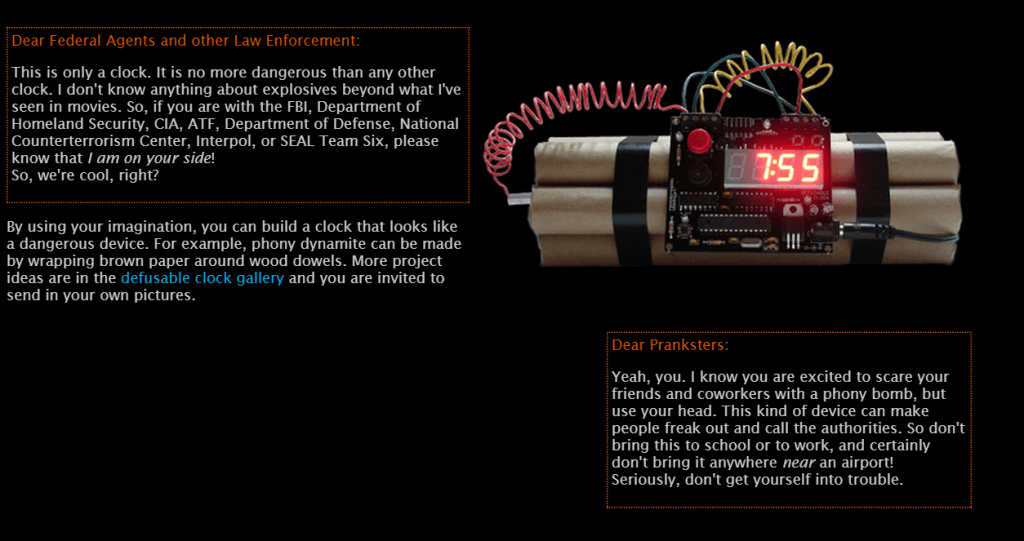 Look at the last part

Dear Pranksters: Yeah, you. I know you are excited to scare your friends and coworkers with a phony bomb, but use your head. This kind of device can make people freak out and call the authorities.

So don’t bring this to school or to work, and certainly don’t bring it anywhere near an airport! Seriously, don’t get yourself into trouble.

Hah. What an idjiot: With brains like this, he has a wonderful alternative career ahead of him.