In the event of a water landing: Mom cleaning up seat after ‘todler accident’ causes JetBlue flight to return to gate 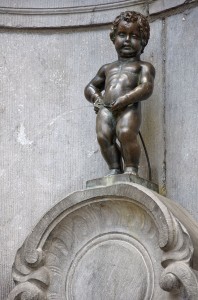 Trajan was initially a bit perplexed on the story hitting the interweb about JetBlue and how a Flight attendent treated a mother whose 3 year old daughter needed to go potty while it was queued up on the Tarmac before taking off.

The story was that a Mom was refused permission to take her 3 year old daughter to the restroom and ordered to stay put in their seat. The tot ended up wetting herself and when mother stood up the clean it up, the FA called into the pilot who turned the plane around to return to the gate, announcing over the intercom that there was a “non-compliant” passenger on board and they were bringing her to security.

The good news is that she was not arrested and allowed to stay on the flight. It turned out that a fellow passenger was an off duty Pilot and stood up for the mother. The other piece of the information to put some context to the story is that the plane had already waited 30 minutes on the Tarmac and the airport was JFK, a busy airport.

We see both sides: