Washing and rinsing at Camp Clinton

We at Roam love camping, so was surprised to see American Camping Association (ACA) on the list of organizations that paid  to hear speeches from Hilary Clinton. In fact, theirs was the last one before she declared as a Presidential candidate.

Now curious,  I decided to take a deeper look into the ACA. From their website:

“The mission of the American Camp Association is enriching the lives of children, youth and adults through the camp experience”

Sounds great like a great mission doesn’t it. So why does ACA,  a  not for profit organization, spend 1/10th of it’s budget on a speech by a previous Secretary of a State ? Their annual report calls it out but isn’t much help – see excerpt.

The Washington Post back in 2015 wrote about the ACA event.  It mentioned some attendees questioning it’s value for money:

Still, with Clinton’s candidacy on the horizon, the price of Clinton’s speech caused chatter in the halls. Several counselors wondered if their group had paid Clinton’s usual fee of $200,000 or more, which would represent about 10 percent of the group’s annual budget.

Clinton, 67, has been giving regular paid speeches ever since she finished her tenure as secretary of state in 2013. In recent weeks, she has given speeches at the headquarters of eBay in San Jose, Calif., at an Emily’s List gala and at a conference for women working in Silicon Valley.

Nick Merrill, a Clinton adviser, declined to discuss compensation for Thursday’s speech. Jess Michaels, a spokesperson for the American Camp Association, referred questions to Clinton’s speaking agency, which did not respond to inquiries.

One interesting point about this is the Q&A from ‘camp owner and director Jay Jacobs’ from the report. Well it turns out Jay Jacobs is Democratic chairman of Nassau County, New York. He is also a member of the Democratic National Committee. At last but not least, he has involvement  with the Clinton Foundation. So being close to Mrs Clinton, ACA obviously got a reduction in HRC’s usual speaking fees. Far from it : They ACA paid $260,000.

So are there any other reason ACA may depart from their usual keynote speakers of child development or camp issues? The left leaning Daily Kos suggests it may have been to influence the State Department J-1 visa. The J-1 is an exchange visa where ACA uses this to staff their summer camps where in 2011, they had 25,000 Student Work Travel (SWJs). While promising a chance to visit America, the Students work the camps and get pocket money in return.

The SWT program grew dramatically – from 20,000 participants in the early 1990s to a peak of 153,000 workers in 2008. It is currently capped at 109,000 workers after public outrage over widespread abuses of working conditions, accommodation, compensation and a non-existent cultural component.

Participants pay significant fees to the sponsoring agencies ($1100 to $2000) in the hope they will experience America and make some money while they are here. In reality, the experience is often far removed from the exciting marketing materials on sponsor web sites. Sixty to eighty-hour weeks of making beds, flipping burgers, working the night shift and sleeping four, six or eight to a room in poor accommodations for minimum wage are all too common.

Employers in such resort towns as Ocean City, Maryland, employ thousands of these SWT workers for a variety of reasons divorced from any notion of cultural exchange. For starters, they save 8 per cent over the cost of employing domestic workers because they don’t have to contribute to Social Security, Medicare or Federal Unemployment Insurance.

Those sponsoring agencies that do present an accurate picture of the job explain that counselors work 10 to 14 hours a day, six days a week during a nine-week camp placement. Sponsoring agencies describe compensation as a stipend and an ACA 2013 FAQ as “pocket money”. Even using the high end of the stipend range ($1800), you get abysmal compensation: $1800 for nine 72-hour weeks, works out to $2.77 an hour.

Now we see it.

And to think ACA want donatations to sponsor children. Well ACA, take a hike if this is how you spend your money. You don’t deserve your 503 status. As as for HRC and her speeches as a front for donations – fighting for us indeed..this better represents you. 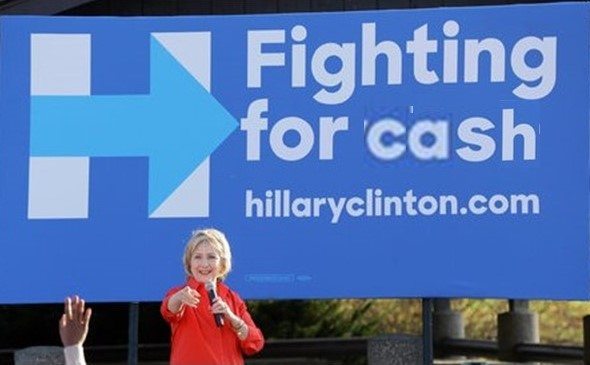 The best things in life are free, but you can give them to the birds and bees..

Our verdict: Feed the ACA and HRC to the lions.