A picture paints a thousand words. 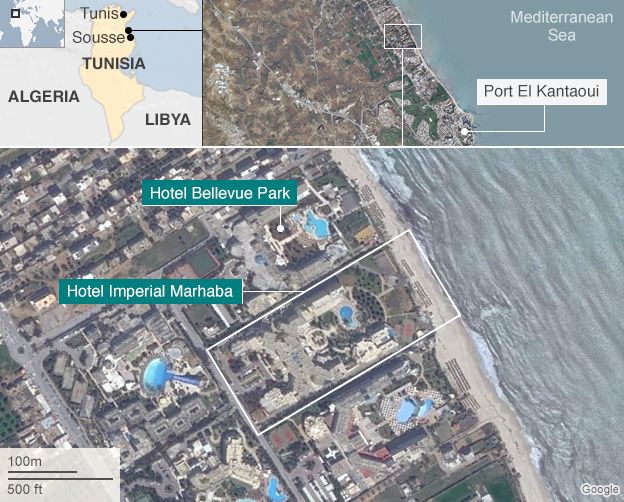 BBC news: scene of the horror

Our thoughts go out to the innocent victims of shootings in Sousse, Tunisia. As I write, the death toll is 39 where nationals from Tunisia, Britain, Germany, Ireland and Belgium were shot while they were relaxing on the beach.

This is a follow attack from march where 22 were shot while visiting the Bardo Museum in Tunis.

While obviously terrible for the victims, this is a disaster for Tunisian tourism and possibly other countries in the middle East. The Daily Telegraph article “lessons were not learnt from Bardo museum attack” explains the Port el-Kantaoui resort would have been easy to secure as it was self contained and purpose built resort.

The culprits behind both attacks are the scourge known as ISIS. On the same day, they attacked an Air-Liquide factory in Lyon and bombed a Shi’ite mosque in Kuwait.

What is the world waiting for? Wipe them out.