A kick in the chaebols : Nut rage Heather is out.

Dahlings- My favorite Ex-Executive has been let out from Prison.

The Appeals Court reduced her sentence to two years suspension and she is now free. 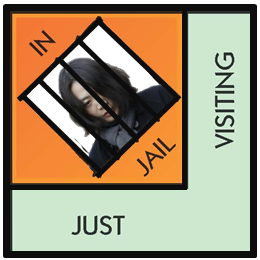 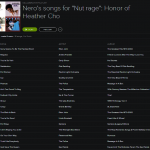 Dahlings, as I watched the sad public apology by Heather Cho– Ex senior VP of Korea Air Line – who resigned in shame, and was now speaking so quietly there was one thing that I wanted to say to her.

“SPEAK UP ! I CAN”T FLIPPING HEAR YOU”.  After all, it is not as if she is she has never shouted at someone in public before.

He called his daughter’s conduct “foolish”, and added: “I beg the people to blame me for the current situation, because everything is my fault… I failed to properly educate my daughter.”

I’m with you on Heather’s education Daddy-0. It seems that instead of doing that Executive MBA from USC and studying under the likes of professor Gregory H. Patton, Heather would have been better off studying history where she may have learned from another Patton – General George S. Patton, ‘Old blood and Guts’ himself – who in 1944, had got himself in the newspapers for slapping soldiers in hospital accusing them of cowardice and had to do a few public apologies.

It seems the Cho family are pretty big on public apologies. Pops had to do some apologizing back in 2000 when he was convicted of tax evasion along with his brother and father for receiving rebates on purchased airplanes.

And would you believe it that Heather’s brother and sister– Walter and Emily – are Vice presidents of Korea Air Lines where Walter is a bad boy wanna be. In 2005, Walt was investigated by the popo for “..pushing an elderly woman who had confronted him about his reckless driving”.

Which leaves us with Emily who we could find no scandal. Nada. Nowt. Not a peep.

Shesh, there’s always one white sheep in the family.