33 chinese tourists blacklisted after not so patriot singing 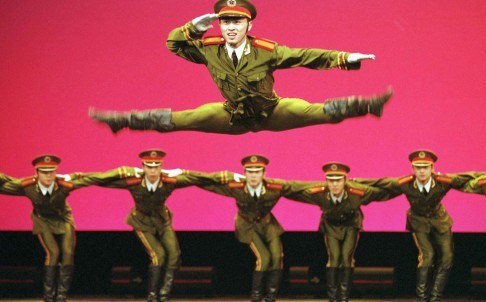 PLA song and dance troup practicing for their vacation trip where they are learning the art of complaining.

Dahlings, you have to hand it to the Chinese.

When some 100 or so Chinese nationals got a 10 hour delay by Orient Thai Airlines, they refused to board plane, demanded a public apology, demanded compensation and insisted the airline use a ‘larger’ plane to fly them home.

In a rebel style so uncharacteristic of the normally restrained Chinese, they then broke out in song.

The Wrath of Genghis Khan video

Genghis Khan – still causing trouble after all these years.

In the news was the strange story about Chinese security who arrested 20 tourists from Britain, South Africa and India. The tourist were traveling as a party and were 30 days into a 47 day organized tour of China when officials accused them of being linked to a terror group and watching propaganda videos in their hotel room.

A few days later the tourists apparently ‘confessed’ and were deported without charge. It was claimed by some in the group that it was a misunderstanding where the video was a BBC documentary about Genghis Khan.

However, when you try to dig out the details of the story from UK and South African press, it turns more into a story of political intrigue that leaves quite a few open questions unanswered. END_OF_DOCUMENT_TOKEN_TO_BE_REPLACED Continue reading..