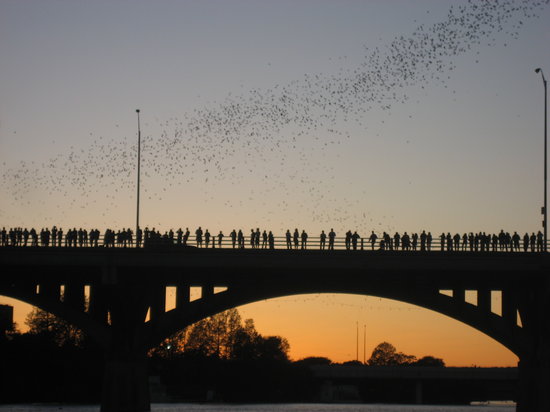 Bats on Congress Bridge in Austin

On our Saturday evening in Austin, our party decided to go to see the Bats at Congress bridge. Since I knew something about Austin I was the one in charge of arranging it. I said let’s leave between 5:30 in order to have dinner just before hand. Since some of us wanted to have a nap, we compromised at 6.

So by the time we get going it was more like 6:20 and after seeing some I35 traffic, I began to wonder to myself if my recommendation of going to Chuy’s was a wise choice. We get there at about 6:45 and find a parking spot but there was a 15 minute wait.

After about 20 minutes and just as I was following up with the front desk, our table became available. The ordering and then bringing the food took some time and after it all, the food alas was pretty mediocre. My enchilada sauce we caked hard from over warming and Patricious did not like his crispy tacos at all.  On the plus side the waiting staff was very attentive and the food in a tourist area is cheap but I was left wondering if I should have gone to my second choice of ‘Shady Grove’ instead which has an outdoor patio and hybrid Americano/TexMex food. I thought Chuy’s would be more the more memorable for everyone but it wasn’t. Nothing special, move along.

As we walk to the van, it is now it is after 8:00 and kids are asking me about the bats and saying we have plenty of time since they only come out at night. I correct them and say they come out at twighlight so we need to get a move on.

We drive and park in a pub near the Congress bridge. I point out the No Parking signs other that patrons and the door staff at the pub watching us getting excited. We convince the driver that getting the car towed may not be a good idea after all. (I bet the door staff get a commission if they call in a tow away). So we all get in the car and park in a multistory at Riverside/1st instead which turned out to be free but a big walk.

It is 8:40 by the time we get to Congress bridge we see a big crowd on the East side of the bridge but many are leaving. At the point where the land ends and lake begins, some kind souls allow our kids to come to the front where they can see some bats leaving but only if someone in the boat trips below shines a red light upwards.

What we wanted to see was the black dots of 100.000’s of bats disappearing into the night to hunt for insects  – see the picture. What we saw instead was the crowds of people looking for bats but there was nothing to see but blackness.. 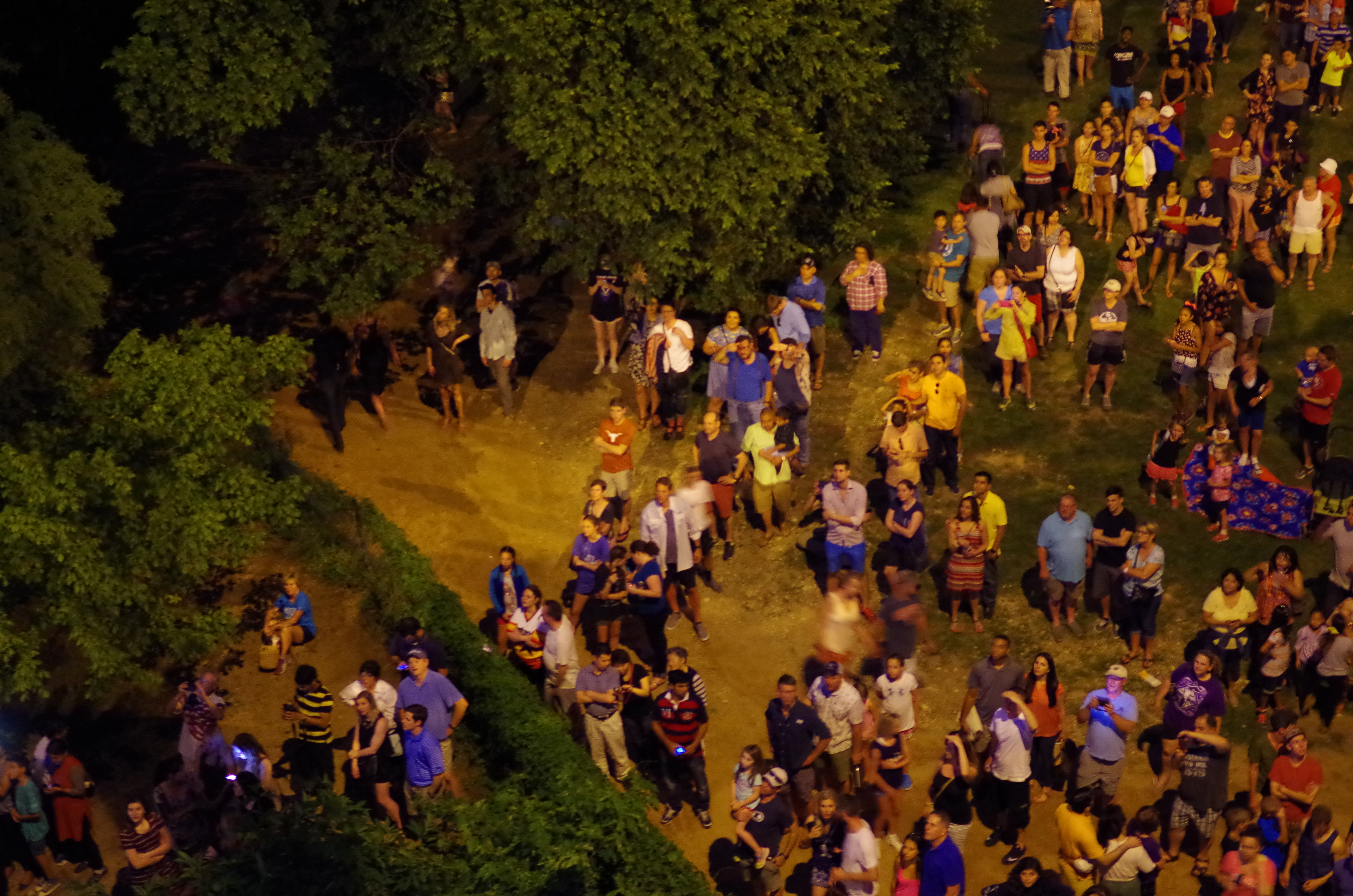 Crowds below Congress bridge in Austin looking for the bats : Copyright Roads-2-roam

Ah  travel and the disappointment of reality!