Riders on the storm: Taxi drives 1,500 mile journey only to find passenger has no money 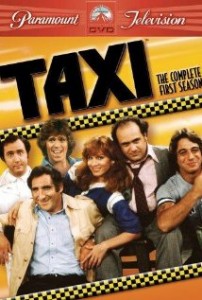 This story is a great American story. A story about how someone goes from Rags to Riches against all odds? Nope, the other kind: The ‘only in America’ kind that would make a great episode for a TV comedy.

Happy ever after. Not quite.

And it turns out had Blackhanson actually paid, he was getting a big discount. According to the taxi meter, the trip would have cost $4,800.

But there are some final words of wisdom from Mr Hoseny

“I tell all the taxi drivers in the world, do not do this. This is so crazy and risky and even stupid,” he said. 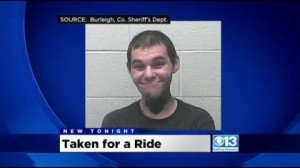 CBS Sacremento screendump of Matthew Blackhanson’s mug shot after being booked into jail.

As for Mr Blackhanson, Not only did he book himself a one way ticket to jail but look at his mug shoot. It is a classic.

The stupidity within the story hurts so much, I think I’ll have to go to ER. My sides have split from laughing ! Mrs Caesar, call me a cab.