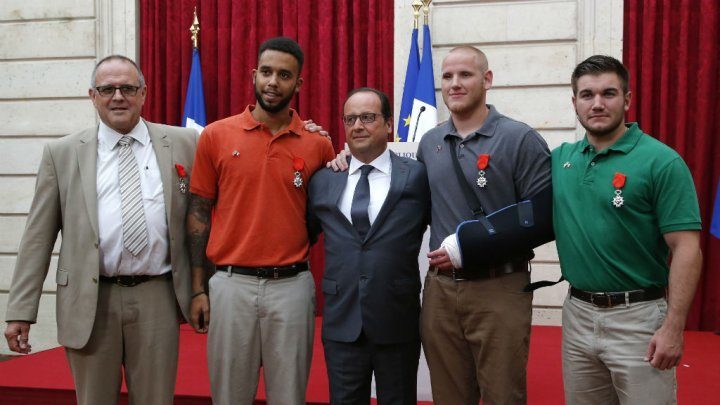 Well, One thing you can say about the French is that they didn’t waste any time in handing out the honors.

Receiving the Legion d’honneur (Legion of Honor) from President François Hollande at the Élysée Palace today was:

The details of another hero which has come through is Mark , a 51 year old French American. Moogalian was the person who wrestled away the Kalishnokov but was shot in the neck (not the banker that was previously reported). He will receive the same award at a later date when he recovers.

However, the role and identity of the French banker ‘Dominic’ remains a bit mysterious.