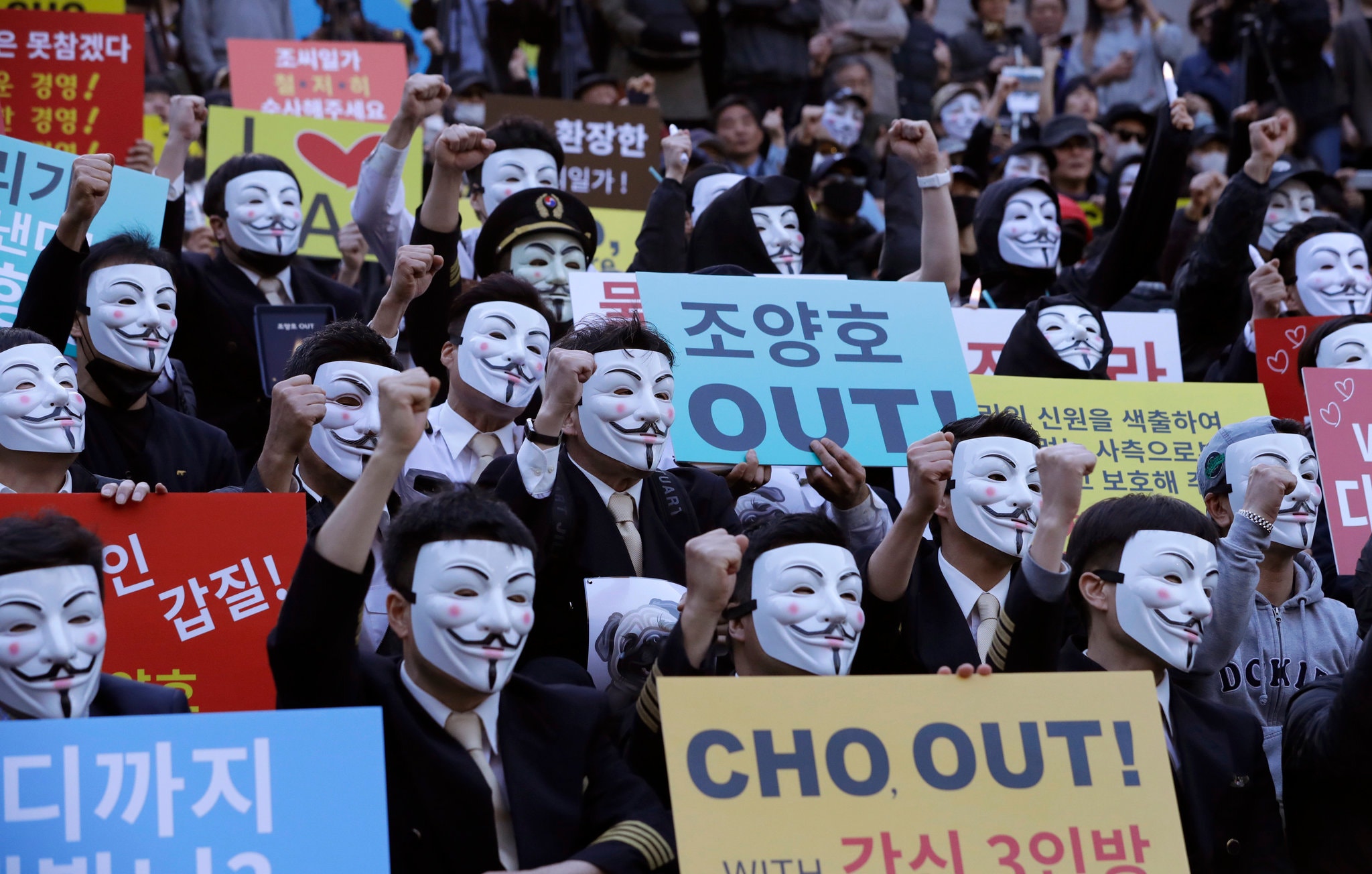 Dahlings, Remember from 2014 nutrage woman, Senior Vp Heather Cho, who got jailed and fired for blowing up over macadamia nuts who turned around the aircraft in order to kick off the offender? If not read this CON AIR: KAL EXECUTIVE GETS 1 YEAR IN JAIL OVER “NUTRAGE” INCIDENT.]

This time her younger sister Cho Hyun-min (Emily), has caused a stink by throwing a glass of water in a man’s face at a business meeting. The Chairman of the company, Cho Yang-ho, who just happens to be her dad had to fire her. [Guardian “‘Nut rage’: Korean Air boss apologises as daughters resign]

“As chairman of Korean Air, as well as a father, I feel terrible about the immature actions of my daughters,” Cho said in a statement. “Everything is my fault and my wrongdoing. I apologise to the people.”

Cho said his two daughters would immediately step down from all positions in the company.

Seoul police said last week that they were launching a formal investigation into the younger Cho, based on the testimonies of people at the meeting.

Following the incident, the 34-year-old issued an email apology to everyone she had worked with for her behaviour, although she has denied throwing water in anyone’s face.

Dad is back in the limelight again with prosecutors seeking an arrest warrant for tax fraud [Straighttimes]. It is interesting to read that mom Lee Myung Hee, was interviewed by the police over allegations of assaulting household staff and construction workers renovating her home.

“I am sorry for causing trouble,” a bespectacled Lee said with her head lowered as she walked past throngs of journalists before entering a Seoul police office.

Lee is accused of assaulting drivers and housekeepers from her personal staff as well as construction workers renovating her home and building a Korean Air-affiliated hotel.

The alleged abuses range from cursing and screaming at employees to kicking, slapping and even throwing a pair of scissors at them.

A video that emerged last month showed a woman, reportedly Lee, shoving a female construction worker and throwing a pile of documents on the ground.

Oh dear. With all these apologies, I think I need now to apologize when I accused Emily of being the white sheep of the family by having no scandal [SEOUL AND FIRE (D) : KOREAN AIRLINE FIRES SENIOR VP OVER NUTRAGE ABUSE ].  Way to go Emily, glad to see you are living down to the bad behavior standards of your family!