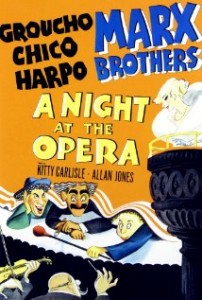 The boss of New York’s Metropolitan Opera says it will “face a bankruptcy situation in two or three years” if it does not cut its wages bill.

He proposed cutting 16% of its $200m (£119m) labour costs by changing work rules for the orchestra and chorus.

Unions have already threatened strike action over the proposed pay cuts, which are up for debate before the players’ current contracts expire at the end of July.

What’s this got to do with travel ? Roads-2-Roam recently wrote about attractions of New York City and under the the Lincoln Center, we said the “Met” was home to the Metropolitan Opera Company we said. Well, perhaps it will not be in a few years so we’ll need to note that for future revisions.

What got our interest was this:

Gelb said the Met’s shrinking audience was partly to blame for the shortfall in funding.

“The box office has not increased, it’s been flat which represents a shrinking playing field for opera – it’s not a secret in the US that the frequency of opera going is going down.

A 2013 report, says much the same thing. Opera numbers are declining but HD broadcasts are increasing. It does also mention that Symphony Orchestra attendance is up.

We confess that going to the Opera doesn’t make it to the top of the things to consider when we visit a place. Maybe we should as Met, has a world wide reputation but if we were looking at things to see in NYC, then we’d likely look at Broadway first. Afterall, if you are there for a limited time, there is only so much you can to do and NYC is not cheap.

We wondered if it is a high culture music versus a low culture music thing. Here are Roads-2-Roam, We like both. Augustus used to play violin and has fond memories of playing Elgar and Sibelius’ Finlandia in school orchestra. He later played bass guitar in the orchestra and loved playing big hits such as the “James Bond Theme”. He also played lead guitar in a cover band but that was the real fun was at.

Thus, if the push came to the shove,  we would more likely pick modern music over more classical event. When it comes to live musicals, we would hedge towards seeing “American idiot” rather than “La Bohème”.

Don’t get us wrong, we are not against see “La Bohème”. It is just that we love “Green Day” and “American Idiot” production was put together with the blessing off and the conjunction with Green Day. [btw, we watched the story behind it on Netflix] However, that is not to say we would pick any kind of ‘rock opera’: Being Original Queen fans, we wince about seeing “We Will Rock you” even if it was written by Ben Elton, a UK comedian.  You can forget about taking us to “Rock of Ages” period.

It is just that if we were to consider opera and travel, we would think about it more in an opera house in Europe, say Vienna. Even better, would be one of the many Italian’s houses such as “Teatro Alla Scala” in Milan known for it’s passionate audiences.

On our list of classic music experiences to see are “BBC Proms” at Albert Hall and a ‘Carmina Burana’ open air concert in Munich.

But now that we have written about the Met, we have brought it to the forefront of things to experience in NYC. Perhaps we will make it a point of going to the Met next time.  We could do both Broadway and Met at different days.  Now if only, we can work out their ticket price structure.