Warning: Cannot modify header information - headers already sent by (output started at /home/roads25/public_html/wp-content/plugins/HoverAlls/hoveralls.php:14) in /home/roads25/public_html/wp-content/plugins/wp-super-cache/wp-cache-phase2.php on line 62
 Kicking someone when they are down: Sickly looking passenger kicked off when not actually sick | Roads-2-Roam.com
1

Kicking someone when they are down: Sickly looking passenger kicked off when not actually sick 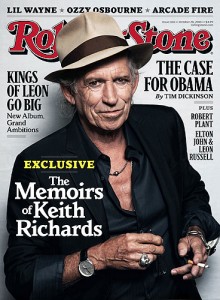 Dahlings, Delta kicked 72 year old Suzzane Hays, off a connecting flight after a fellow passenger complained that she looked ill. The poor dear has already flown in from Ohio and was on her way to Orlando. From the article

Before Flight 19 would depart from Detroit to Orlando, there was a problem. Hays said a passenger who was next to her decided to talk to the airline crew about her looking tired and drowsy.

“Then she came back and said they’ve moved us because I might be contagious,” said Hays. “Contagious with what?”

“I started crying and crying,” she said.

Hays said she was told if she did not cooperate, they would call the police to escort her off the aircraft

Other sources say that Delta then gave her a $20 voucher for ‘soup and tea’ – as if that will cure her pale complexion ! – and she caught a later flight without incident.

After reading this, my ancient diety friend, Set, popped up and whispered a travel tip in my ear: “Cleo, Next time you are stuck in a middle seat on a full flight, simply call up the FA and say that the person in that isle seat next to you has a funny complexion and looks contagious. It may help that if you add that in your opinion you are ‘fearful for everybody’s safety’. Ten minutes later, that coveted Isle seat now becomes free !”

Thank you Set, you wicked devil.