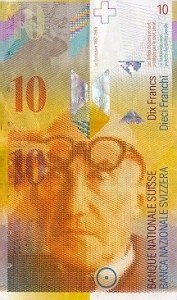 The Reaction to the Swiss currency exchange rate

For those of you traveling to Switzerland, you just woke up and found your money will buy you 17% less. In an announcement that completely surprised the financial markets and business community, the Swiss National Bank announced a “decision to abandon the franc’s cap against the euro, two days after an official reaffirmed it would remain a pillar of policy”. [Good to see that a banker’s word is his bond unless it is a few days later]

The Euro was also impacted by this news where it dropped a further 1.8% on the news where it is ~1.16. Some financial pundits are predicting Euro will be parity with the dollar in 2015.

We say 2015 will be a good time for Americans to visit Europe. If you don’t mind the odd riot or two.