End of the road for Travis 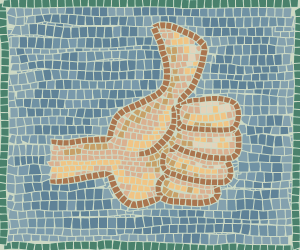 It was a sad to hear about Travis Kalanick’s mom passing away in an accident but we thought Uber’s statement was that he was taking a leave of absence a cop out. We nevertheless gave an Emperor thumbs up when they later upgraded that to a full firing along with a few others of his cronies.

We thought Travis was a prize dickhead and wrong person to lead a company.

However, the gossip about getting Melissa Meyer in from Yahoo is in our opinion, a mistake. Just because someone had lucked up in riding the coat tails of success with google, doesn’t mean it means you are any good as a leader. Sometimes people are just lucky to be in the right place at the right time.

On the other hand, an ex-google person may help to de-escalate the lawsuits on Uber for stealing Google IP on driverless cars. [see Waymo scandal]. We don’t think Travis is crying too much either as he has a lot of controlling stock and maybe his replacement can actually take it to a successful IPO now.

Btw, we also noticed that you can finally tip inside the Uber app. This was a ridiculous shortcoming and a source of discontentment from the riders and passengers alike.