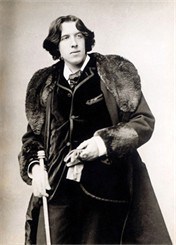 All was not dandy on an AA flight

Dahlings, I guess being a dedicated follower of fashion through out the day isn’t the thing to do anymore as Mr Jermiah Thede found out when he changed his clothes three times.

Three times – What is wrong with that Cleo?

Well, it’s a bit of a perception problem if you are doing it during a transatlantic flight from Rome to Chicago in plebeian class while you have not been on double secret probation for not behaving yourself. Apparently, Mr Thede had angrily told the American Airline FA he could ‘have all the F’ing peanuts and crackers’ he wanted to. That’s not asking nicely in my book.

From the daily mail:

[The FA] ..claimed Thede had come back to the galley area of the economy section a short time after take-off, when the seat belt sign was on, and asked for peanuts and crackers. He was given the snacks on that occasion but when he returned a short time later, Ms Hall said she told him there was only one snack per passenger.

Ms Hall claimed Thede became enraged and pointed his finger at her face. ‘I felt like my heart was pounding, that something wasn’t right with him,’ she said. She added: ‘He started shouting at me before I could even finish my sentence.’

Asked to characterise his demeanour, Ms Hall said: ‘He seemed extremely angry and it was just not normal behaviour.’ The flight attendant with almost 30 years of experience told the court she expressed concern to the head flight attendant that ‘somebody was going to get hurt’.

And the dirt continues.

The relief pilot, who is legally required to sleep during the first three hours of the flight, described being woken twice and asked to deal with Thede, something that he claims ‘never happens.’ There could potentially be a time bomb on board. Do you want to deal with it on the ground or in the air, given that we were about to coast out?

Complaints included allegedly ‘staring’ at a female passenger and invading her personal space. Thede, who had changed his clothes a number of times and was standing up rummaging through his bag in the overhead bin, had been given three warnings to change his conduct, the court was told.

‘I just felt that the crew members’ duties had been interfered with enough, we were reaching the point there we were coasting out and once you are over the Atlantic there are not a lot of places to land. ‘It’s better to offload this gentleman and continue with this flight.’
The court heard there was no evidence that Thede’s actions were part of a wider distraction plot and shortly after the captain announced the plane was being diverted he appeared to be asleep.

He was only woken when police officers escorted him off, it was claimed.

The flight had diverted to Belfast where Mr. Thede was booted off and this is where the trial is. The helpfully explains Mr Thede’s clothes:

‘Thede, dressed in a light grey suit and white shirt, listened from the dock as Ms Hall gave evidence.’

Perhaps if AA have served Macademia nuts in cups instead of Peanuts, not of this would have happened. See Heather Cho.