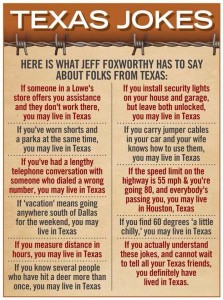 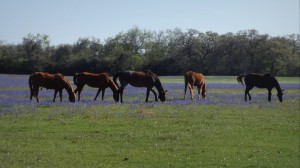 Hogging the trails in Sedona

Making the interweb rounds is a video clip of someone mountain biking near a large drop. I tip my corona to Michal Kollbek  who rode the White Line in Sedona. As they’d say in his native polish language, “jesteś szalony draniu” : You’re a crazy bastard !

You’d think that this was the first time this has been done. It isn’t.

While I’ll let others comment further on the bravery or stupidity on such actions, I was more thinking where the heck is it. The scenery looks impressive.

While I cannot make out if the location of the white line rock itself, the background is Red Rock State park in Nevada. Visitors need to note that the park closes early – 5 pm. Since State Parks are pretty religious about policing naughty boys who do not “Stay on marked roads & trails”,  this cannot be in the State park.

I was right – Turns out that the ‘white line’ is part of “Hogs” trails. From an AZ Central article on bike trails in Sedona.

Here’s something else I pondered: Mountain bikers are stark, raving lunatics. Why else would they go hurtling along the edges of high cliffs with sheer drop-offs and careening around hairpin curves on a path as skinny as a liposuctioned rattlesnake? Whoever built the Hogs were hard-core adrenaline junkies.

In recent years, a spirit of cooperation has emerged between the U.S. Forest Service and the Sedona mountain-biking community. The Hogs were social trails that had been around for a couple of decades but were technically illegal. Instead of trying to eradicate the pathways, the Forest Service put together a plan to adopt them. Using grant money from PeopleforBikes, a Colorado-based organization, and aided by an army of volunteers — mostly bikers — the trails have been rebuilt and improved, and signs have been installed. It’s a win-win, because these are some spectacular trails.

The easiest way for hikers to reach the Hogs is via the Broken Arrow Trail. I started from the parking area at the end of Morgan Road. Broken Arrow runs parallel to a motorized trail teeming with Pink Jeep tours and off-roaders. It crosses the jeep road and bends left. In less than 200 yards, I reached a ledge at the foot of Battlement Mesa and two new signs a stone’s throw from one another.

The trails themselves are not too long either: 3.1 to 3.7 miles.

USDA site on Coconino National Forest has some details on the Broken Arrow trail. For the less energic, Pink Jeep Tours seems to be a popular  way of seeing it.

Sedona is about 45 minutes from Flagstaff and 2.5 hours drive from the Grand Canyon. I’ll keep this in mind next time I am there though I don’t think I’ll be a szalony draniu.

Other links to help you out.

Top of the morning to you. Thought you’d like this in time for St.Patrick’s day by “Fascinating Aïda”.